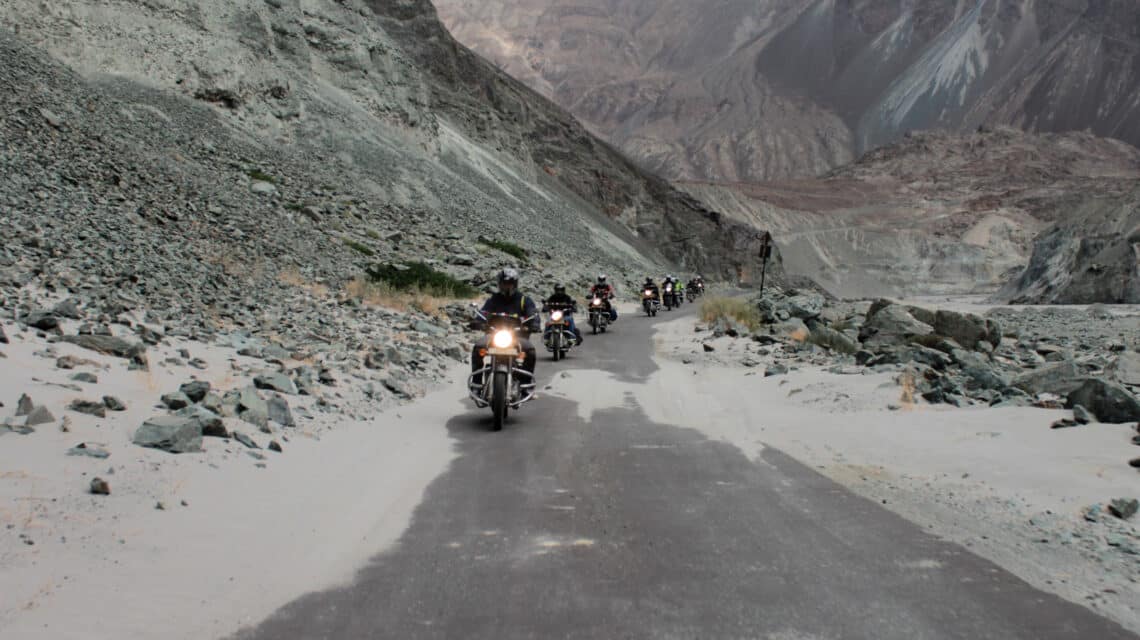 Cycling and Motorcycling routes in India June 20, 2019 – Posted in: Blogs

There is no better feeling in the world than zipping through roads known or unknown to places far and hard to reach, making unforgettable memories. It’s the adrenaline in your veins, the roar of your beloved bike and the thirst for adventure that keeps asking “Where to next?”
India has a vast and diverse landscape that has a lot to offer to an avid motorcycling enthusiast. Here are some routes we think might be perfect for your next ride! 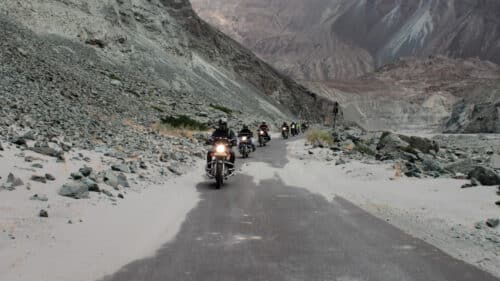 The breath-taking, snow clad roads of Ladakh have to be at the top of our list, just as it is present on many biker’s bucket lists! A ride through the rugged roads made ever more challenging by the extreme weather is sure to lead to a deep sense of satisfaction and leave you craving for many more adventures. While there are many routes and trails to choose from, we suggest the following:
Suggested Route: Srinagar-Kargil-Leh-Nubra Valley-Turtuk-Nubra Valley- Leh- Pangong Lake-Leh-Sarchu-Manali (through Rohtang Pass)-Chandigarh
Suggested Riding Season: Mid-June to Mid-September

Spiti
Experience the wonder of small Tibet-Spiti Valley, visit the world’s highest – post office, village, polling station and petrol pump! If that was not enough, this trip promises a ride to remember as you travel through ‘Dangerous Roads in the world’ as featured by Discovery and National Geographic. This ride is sure to match the thrill of Ladakh and offer stunning vistas such as the Chandratal- a clear blue lake, monasteries and orchards.
Suggested Route: Chandigarh-Matiana-Sangla-Kapla-Tabo-Kaza-Chandratal-Manali
Suggested Riding Season: Mid-June to Mid-October

Darjeeling-Sikkim
A popular trekking trail, this route is an absolute rider’s delight as well as a nature lover’s paradise. The view as you embark upon this journey, especially of Kanchenjunga are sure to the be highlight and make for a great memory. Do not mistake this route for an easy one, as some of the roads can be steep.
Suggested Route: Silliguri-Darjeeling-Kalimpong-Gangtok-Pelling-Yuksom
Suggested Riding

Jaipur-Jodhpur-Jaisalmer
Explore the enchanting landscape of forts, palaces and sand. A bike tour will let you get up close and personal with the desert, its history and its people. The desert offers its own challenges with the terrain and the weather, but the experience rewards you with the beautiful view and local cuisine!
Suggested Route: Jaipur-Jodhpur-Sam Dunes-Osian Desert-Jaipur
Suggested Riding Season: November to February

Guwahati- East Khasi Hills
Turn Eastward for a fresh adventure! Ride through one of the wettest places on earth, experience the wonders of the natural environment as you take in the waterfalls and incredible sights such as the Living Root Bridge. If you’ve ever wanted to reconnect with yourself and with nature, this is the ride you have been looking for!
Suggested Route: Guwahati-Shillong-Cherapunjee-East Khasi Hills
Suggested Riding Season: October to February

As India is a vast land full of many routes to explore, we may have missed your favourite one. Do let us know about your favourite routes and memories!Do email us on info@tripnme.com

For more on biking, essentials to bring with you and much more, take a look at our previous posts. We will constantly keep adding new and exciting blog posts to our website that aim to help both beginner as well as seasoned travel enthusiasts.

Free Shipping ₹350/- and above. Dismiss