By now, we all know that there is a beautiful travel destination called Ladakh in India. Thanks to movie 3 Idiots which has showcased a glimpse of astoundingly beautiful Pangong Lake. When I visited this lake for the first time ever in 2009, I was told by the locals that “sir aapne ek hafta pahle aana tha, Aamir aur Kareena aaye the yaha” (you should have come a week earlier, Aamir and Kareena were here!) I got amazed by the fact that this was the first time ever; Pangong Lake was chosen for Bollywood movie shooting. While entire world has been explored for choosing the great locations for movies, the fact is that the true heaven and absolute natural beauty on earth is right here in India, In Ladakh…the Land of high passes! 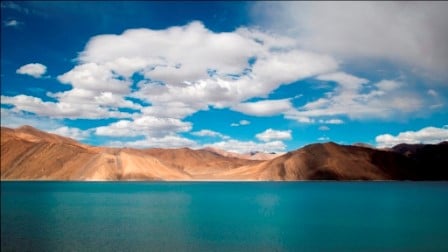 Right from the college days, I had a dream to go biking on the challenging routes of Ladakh. It finally came true in Aug 2009! I work in software firm in Pune, and one dull Monday evening while I was coming back from office along with my friend, he asked me a question – Should we go to Ladakh for 2 weeks for Biking? I asked when. He said, in a week’s time! That is too short a time to plan for Ladakh!! But there is always a plan. Even when there is no plan, there is a plan. Without thinking much, I said yes! Let’s do it! We booked the flight till Srinagar and from there we went to Leh city which is a capital of Ladakh region.

Ladakh’s only town, Leh, is crowd­ed with shops along both the main roads and small­er side roads. In the evenings, even foot­paths in the main bazaar are taken over by cheerful ladies sell­ing veg­eta­bles and milk pack­aged in re­cy­cled liquor bot­tles. You will experience the ladakhi culture as you offer prayers at the monasteries or eat local thupka.  Interact with the locals who live in extreme weather conditions and work relentlessly to make their ends meet. For hundreds of years the life of Ladakhis had not altered much.

There is an old Ladakhi saying that goes: ‘Our land is so barren and the passes so high that only the best friends or fiercest enemies would want to visit us.’ Today, while the land is still barren, its climate harsh and its altitude always difficult, Ladakh welcomes far more visitors than all its hotels, guest houses and homes can accommodate. ‘Julley’—the Ladakhi word for ‘welcome’, ‘hello’ and ‘good­bye’ rings in many more ears than it has ever done before. 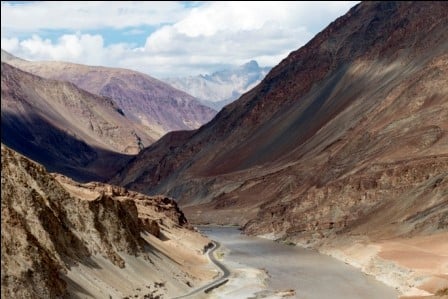 The innocence of the ladakhis and their beautiful smile will win your hearts. Such innocence and welcome we get from people from J&K state truly negates the myth many people have that it is little unsafe to travel in this state. On the contrary I would say that this is the safest place in India to travel with the huge presence of India army around you and such cheerful and friendly people to help you. The hardships of duty of army men, the beautiful roads they have maintained, the mobile schools they run and the sacrifice of our jawans. The Kargil war memorial is a must visit which sits at the backdrop of the famous tiger hill. 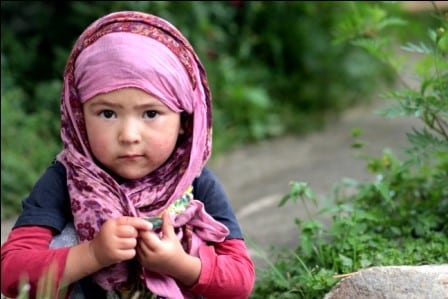 I was surprised to find loads of foreign tourists dominating the tourism in Ladakh.  Ladakh is flooded with adventure tourists across the globe every year who come here for cycling, motorcycling, camping, trekking or river rafting.

Ladakh is land of natural wonders. The excess of passes give Ladakh its name. It is also called as the land of high passes. It offers breath-taking scenic beauty. Experience the calm salt water lakes of Pangong tso and Tso moriri, Tso Kar with clear blue skies, the sand dunes of Nubra Valley. Watch the high mountain passes; the famous Gaata loops which are a series of 21 hairpin bendsand the snow clad mountain tops kiss the clouds. 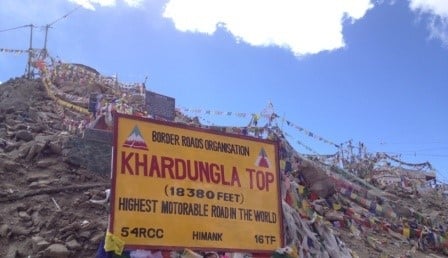 Monasteries are also one of the major attractions of the tourists visiting the beautiful valley of Ladakh. Typically, the monasteries in Ladakh have been located on hilltops at isolated areas, away from the hustle bustle of the routine life. This lends an air of peace and tranquillity to them. Some of the famous ones being Hemis, Thiksey & Lamayuru. Diskit monastery is the oldest and largest in Nubra valley. It has a huge statue of Maitreya Buddha. This statue stands tall at the height of 32 m. The gigantic statue stands in the open, on top of the hill, and faces the Shyok River in the direction of Pakistan. View form the top is mesmerizing. 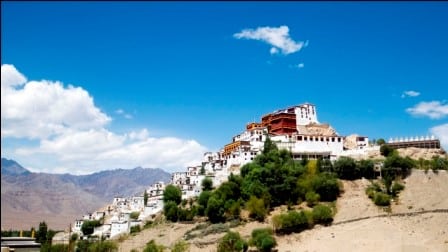 Terrain in Ladakh brings its own set of challenges, especially for motorcycle riders. First up is the mighty Zozi La. This pass is situated at height of 11000 ft. from sea level. This is the most challenging pass because of very narrow road with falling rocks off the hill on one side of the road and deep steep valley to the other side of the road. This is not all, the narrow road is a two way road and always full of traffic with very less space for bikes to proceed. Road in Zozi La is full of white limestone dust. Since this high altitude pass is very windy, don’t get surprised if you get covered from head to toe with the limestone dust. Great Indian military is relentlessly working hard to ease up the traffic situation here at the mighty Zozi La. Hats off to our Jawans. Khardung La, Chang La, Naki La, Baralacha la, Tanglang La are other very challenging passes in Ladakh. Zoji LA

Be prepared mentally as well as physically for the situations where you get stuck for a day or two at places like Pang & Sarchu due to heavy snowfall. Indian military takes a great effort to clear the snow off the roads.

Rohantag Pass is another horror, where the traffic jam is never ending. Before I visited this place, I heard lots of stories about this place. And rightly so, Rohatang didn’t disappoint me! During Jul-Aug timeframe, the ice melts off the cliffs. Roads in Rohatang are full off mud of melted Ice. Bikes definitely get stuck in this cold sludge. Traffic jam here can take hours to get ease up. Just pray that it doesn’t rain and there is no fog while you are stuck in Rohatang. Unfortunately I was stuck in cold sludge for 4 hrs and rains were heavy to make it worse, which left me shivering for hours until I found a cosy shelter at hotel after Rohatang was over 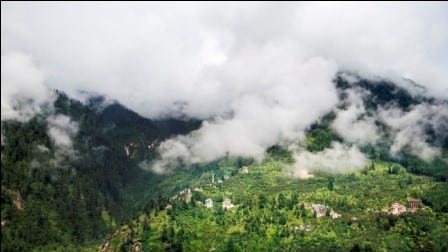 Generally in July-Aug, the ice melts from the Himalayas. Ice which melts from the cliffs which are on the road side, flows across the road in to the deep valley on the other side of the road. Water has a huge flow and the temperature of the water is freezing, making it very difficult for the bikes to cross these flows. Overall, it’s a real test of you driving skills and endurance while driving in to Ladakh region.

High altitude also needs to be kept in mind as oxygen levels reduce as altitude increases. One should not exert too much in Ladakh as it might cause high altitude sickness.

Key to overcome challenges in Ladakh is to start biking early in the morning so that we can reach the destination for that day by early evening. This gives the rest of the day to relax and enjoy the amazing landscapes.

Climate & Landscape of Ladakh is strange and challenging in many ways. Greenery and pine trees begin to disappear gradually and barren rugged mountains take its place as one travels from Srinagar to Leh. Mountains look like to be made of sand and with absolutely no greeneries. Lunar landscape or moonscape or moon land is another extraordinary landscape near Lamayuru, the structure of which resembles to that of moon. The confluence where Indus & Zanskar River converge and transformed in to Induskar is very prominent due to the difference of colours both rivers carry. While travelling from Leh to Nubra valley, one can see the snow-capped mountains which suddenly disappear and familiar Ladakh landscape takes its place. Sand dunes at Hunder surprisingly located just beneath the snow-capped mountains. A small stream of water penetrated the desert with its tremendous will-power, giving birth to the patches of greeneries around and the Oasis as a whole. The whole landscape was truly remarkable and unbelievable. Such peaceful coexistence of two extremes can only be found in Ladakh. Despite being desert, Ladakh has clouds for about 150 days in the year. But they are usually desiccated ones with very less moisture in it. In the evening, they burst in to violent colours: wisps of lustrous crimson bordered by grey. The day when there are no clouds, one can see the deep dark blue sky.  Ladakhi people saythat this is the only place on earth where one can get frost bite and heat stroke on the same day. 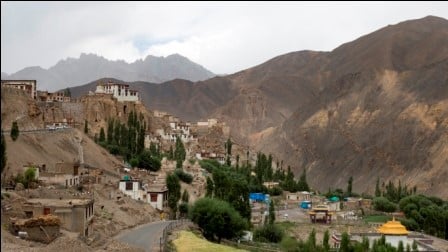 Nature lovers will enjoy watching the marmots – a squirrel like animal which often cross your paths. Then there are Yaks, Kiyangs and the two humped camels which will fascinate them and the few colourful flowers in the dessert will make them grab their cameras.

Extreme adventure lovers will find their thrills in riding the highest motarable road on the planet called Khardung La, which is at 18,380 feet above sea level. Few venture the surreal Zanskar Valley for river rafting while many enjoy trekking and camping around Ladakh, Stok Kangri being the most famous trek.

With so many things to offer, Ladakh certainly remains the top biking destination in my mind for years to come. I hope these tips for travel will help you and hope to bump in some of you as the Himalayas await me again this year when I take out my Royal Enfield and roar the bull in to the ever challenging Himalayan Mountains of Ladakh! – 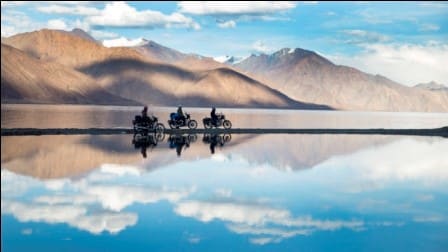 Until then Julley (Greetings in Ladakhi language)!!!!!

The writer Kundan R. Rajput is a traveller who has done 6 motorcycle journeys in Ladakh. He is also co-founder of riders group called TripnMe who organize motorcycle rides to Ladakh, Bhutan every year.

Free Shipping ₹499/- and above. Dismiss